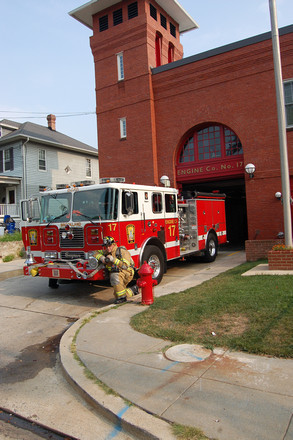 Chris was born in 1971 and is a 7th generation Washingtonian. Chris’ interest in the fire service began when he started “buffing” with the Friendship Fire Assoc. in 1993 to present and has increased the relationship he has in the HEALTH, SAFETY and WELFARE while training and at emergency incidents. As a volunteer he joined Cabin John Park VFD in Montgomery County, MD serving from 1993-2004. Chris began his Fire/EMS career in 1999 as a career EMT in the EMS Bureau. In 2004 he transferred to the Firefighting Division becoming a career firefighter with Engine Company #17, then in 2008 transferred to Engine Company #29. Chris also enjoys his hobbies that include; monitoring emergency incidents, photographing them and he also owns 2 rare antique MACK Fire Engines.

Any questions do not hesitate to eMail me at: [email protected]
Chris Oliphant
Powered by ZENFOLIO User Agreement
Cancel
Continue